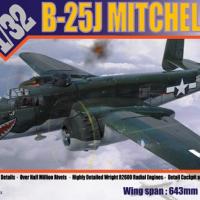 There comes the point in every model when all the “necessaries” are installed on one side of the fuselage, waiting only to be joined with the “blank” half and that is where the trepidation sets in. I have built large scale planes that have had ¼” or more gaps requiring grinding, fitting, uncementing, and copious amounts of profanity... Well, Hersch, not in this case. In fact, aside from the complexity of the engines, this is almost a “shake box” kit...click fit!

I don’t know really what more I can say than “WOW”! This moose of a kit is as close to perfection as anything I have previously built. In fact, it gets my nomination for “Large Scale Kit of the Year” award. The previous segments can be viewed at Part 1 and Part2 .

From the beginning to the end of this build to be as follows:

Seriously, if you think I’m giving these aircraft too high marks, let the pictures speak for themselves. For their first release, it’s almost unbelievable. As to pricing, I believe that this is a lot of well-molded plastic for the price. There are always things, no matter who manufactured the kit, that, in this writers opinion, might have been done differently, which leads me to the asterisks as noted above. I will attempt to address these issues (all of which are minor in nature) as follows:

* General fit – the only drawback here is the wing to fuselage fit which, if you recall from Part II of this review, was a slot/tabs, then slide, arrangement. The fit was so tight that a minor amount of plastic on the tabs had to be removed in order to slide the wings into place. I did this a little at a time (know that the fit of everything allowed fuselage, wings, and control surfaces to all be painted separately, making things much easier). After the wings were painted, I slid them into place with such a tight fit that they locked into place and I couldn’t get them apart to cement them. Oh well, no need and problem solved.

** Fidelity to detail – The only thing worth a mention here is the propellers. While they are close, they could be better. I understand that an aftermarket set is already in the works, as well as weight for the nose offered by Terry Dean.

*** Ease of assembly – no real problem here, except as more parts are glued in place, the model is so heavy that it’s difficult to maneuver without breaking something. Also, the weight required to make this bird sit on all three is substantial (7 ounces) and begs for a metal landing gear. SAC gear and Ross McMillan to the rescue. I sent Ross the plastic gear from the test shot, and he modified everything as necessary to give support to this monstrous bird. I wouldn’t even consider this model without the use of them. Many thanks to Ross for the review samples.

**** Clear parts – The clear parts are beautifully molded and have tiny lips surrounding the mating surfaces, thus facilitating a spectacular fit when painted. Again, not only are these molded crystal clear, they are very thin and flexible for clear plastic. The canopy and all other glass parts were dipped in Alclad II Aqua Clear Gloss for absolute crystal-like clarity. These were cemented into place with Elmer’s Glue and, as they say, that’s all she wrote...my work here is done (almost).

Painting and finishing: The aircraft was painted overall Tamiya Gloss Aluminum, decanted as per usual. Once dry, 6 different shades of Alclad II were used to put the final touches on, with the high shine (Airframe Aluminum) being oversprayed with Alclad II Aqua Clear Gloss to facilitate handling. I have long been a fan of Alclad II products and I must state that, when the directions are followed, the results are bound to please. If you haven’t tried these products, you should.

As previously stated, the kit supplied was a test shot which contained very basic decals from which I used only the National Insignias. The balance of the markings, once again getting my “go to guy” Keith Davidson of Red Pegasus Decals who custom-crafted the markings (I must say that this is some of his finest custom decal work to date). The scheme represents a Confederate Air Force bird (before becoming politically correct) in highly polished metal with invasion stripes and a comely red-haired lass on the port side of the nose. Aptly named “Executive Sweet”, as the photos show, and carrying civil registration barely visible just under the horizontal stab, this aircraft was owned in the 1970s by Challenge Publications, and since that time has been repainted in an olive drab and grey scheme, far less attractive than the subject at hand. Oh well, nothing’s forever...

In conclusion, I can’t say enough good about this kit. It has, in fact, become my most enjoyable build to date. If you’re at all on the fence about purchasing one of these, don’t hesitate…you will NOT be disappointed. Again, thanks to Neil Yan for the sample test shot.

This build should have been titled “Phoenix Rising” or something similar. What you’re seeing here is actually two builds. The first was a test shot from Wing XL and without going into detail, the dies wound up in the capable hands of HK Models. The first build (long story short) suffered the explosion of a 5 gallon can of lacquer thinner which doused the model, rendering it garbage. As you can see by the images, “disaster” doesn’t quite cover it. I am so pleased that this beautiful kit did not become “lost in the cracks” and has finally been released. Again, many thanks to Neil Yan of HK Models. Keep up the great work. Also, thanks to IPMS/USA for the opportunity to build it.