Before And Beyond The Niihau Zero 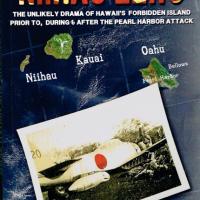 If you believe you know a lot about the Japanese attack on Pearl Harbor but don’t know about the Niihau Zero, you are in the same boat I was in before reading Syd Jones’ book about this obscure episode. During the second raid on December 7, 1941, a flight of A6M2s from the carrier Hiryu made a series of low level strafing runs on Bellows Field. After making what would be his final pass, Naval Airman1st Class Shigenori Nishikaichi was forced to break away from the group and climb to distance himself from the small arms ground fire that had peppered his aircraft. The Zero seemed to be responding to the controls and he was at maximum power but the cockpit was welling up with fumes. He cracked open the canopy for fresh air and was surprised to find he was alone. There were no American defenders in the air and by now he was far from the action. He could see that his control column and rudder bar had been damaged by the ground fire, his seat pan had taken a hit and he could hear wind whistling through bullet holes in the fuselage. He also could make out a faint trail of white mist trailing from his fuel tank. Obviously, his aircraft had been seriously wounded and he soon recognized he was not going to make it back to the carrier.

As part of the battle plan, Japanese pilots had been instructed to head for one of the small islands in the Hawaiian chain that afforded a suitable area for landing and where one of the task force submarines would be stationed to rescue downed airman. Nishikaichi began a slow decent westward in the direction of that island…one the locals called the “Forbidden Island”. It was a privately owned island that on the map was identified as Niihau, and it was far from the rising columns of smoke that filled the skies above the military facilities on Pearl. After following a two-hour meandering course that consumed most of his remaining fuel, he made a rough dead stick-landing in a freshly plowed field.

All of this sounds a bit like the first few minutes of an action movie, but it is just the beginning of a complex true story that is finally told in the three parts of this 200-page book. It’s ironic that the American military had no idea that within hours of the attack on Pearl Harbor, a fairly intact Japanese Zero lay on its belly in a field on an island not far away from the smoldering Pacific Fleet. It would take years for someone like Syd Jones to actually uncover it.

The Author’s description of this interesting, and probably least known, story of what occurred on that Day of Infamy begins before December 7th and continues well into the two decades after. His well-researched book provides a thorough account of the event, the conflict that ensued in the days that followed Nishikaichi’s dead-stick landing, the secrecy that shrouded what happened to pilot, the eventual archeological find of the remains of Mitsubishi A5M2 Type 0 model 21 tail number B11-120 and how its surviving skeleton became the centerpiece of a museum exhibit. Modelers are advised this is not a picture book, but those that are included add much to the story. This page-turner makes for a compelling read for anyone interested in learning more about the ‘rest of the story’ of the attack on Pearl Harbor.

This book is highly recommended to anyone with an interest in WWII aviation history. My thanks to Amazon for providing the review sample and IPMS/USA for the opportunity to read and review it.