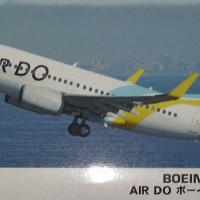 Hasegawa has been releasing many of its kits as Limited Edition issues during the last few years, and this iteration of its new-tool “advanced 737” kit in the colors of Air Do---the relatively new identity of Hokkaido Airlines---follows suit. The moldings and parts are the same as previous issues, with white fuselage halves and gray for all other parts. (Photo 37Parts.jpg) The kit comes with a stand plus alternate parts for displaying the model with gear retracted or extended. A forward interior bulkhead is provided with a big metal bolt to insert in its center, to act as ballast and prevent tail-sitting. Just to make sure my model had enough weight up front, I inserted the bolt into the front of the bulkhead instead of the rear, so the bolt head was closer to the nose.

Fine recessed surface detail is the hallmark of this kit and there was no flash on any of the parts---even the tiny gear struts and engine exhaust cones.

Construction’s straightforward, and fit of all the parts was terrific. I removed the centerline antennae, sanded the seams smooth, then replaced the antenna masts and covers with sheet styrene after the model was finished. It made seam smoothing a lot easier.

The wings are molded in three pieces---the lower center section inboard of the engines which spans the belly bulge, and the rest of the wing, supplied as left and right halves. The winglets are separate parts which are glued to the outboard ends of the wings. The instructions have the builder installing the lower wing center section when the fuselage is joined, but with the Air Do colors of white fuselage and gray wings, I deviated from the sequence and elected to put all the wing parts together first. I thought it’d be easier to attach the whole unit after painting was complete.

I sprayed the center section white, then masked it and sprayed the rest of the wing with gloss gray. (Photo 37Components.jpg) The instructions reference only Gunze Sangyo acrylic paints, which might be a little problem for the U.S. modeler since (much to my regret) that line isn’t being imported any longer.

The small parts aren’t all that delicate, but trying to hold and paint them takes some good eyesight and a steady hand---the tiny little nose wheels in particular. The main landing gear and the main gear doors are handed, so dry-fitting is recommended before gluing, to make sure the correct struts are on the correct side.

The kit provides markings for two Air Do aircraft, with subtle differences between them; one neat feature of the decal sheet is that there are options as to whether you want to apply the cabin windows independently of the Air Do titles, or paint the blue and yellow trim vice using the decal stripes. (Photo 37Decals.jpg)

The decals had good points and bad ones. The printing is dead-on register and the colors are printed with a white backing so they’re opaque and bright. On the negative side of things, though, the yellow and blue bands were reluctant to conform to the compound curves of the belly bulge, and worse yet, they were brittle. I had several small holes develop just trying to position them with a wet brush, even though I was using a gentle touch. (Photo 37Cracks.jpg) Back to the good side of things, though, the decals reacted beautifully to Mr. Mark Softer, Gunze’s brand of decal solvent, and after liberal applications, things settled down to acceptable, if not perfect. Some paint touch-up was needed. I loved the depth and detail which Hasegawa provided on the sheet, with all the static ports, warning stripes, and such. They really make the model pop.

A really nice kit. Interestingly, the markings which I chose (JA01AN) are the same aircraft which I built for review some time back when the real aircraft was being flown by ANA. It’s now leased to Air Do.

I appreciate being able to review this kit, and thanks to Hasegawa, Hobbico, and to IPMS/USA for the opportunity to do so.

Parts on the sprues. The poly bag at the top left contains the bolt for

The main parts after painting and before applying the decals.

The decals were brittle and stubborn trying to conform to the compound curves, so holes and cracks developed.