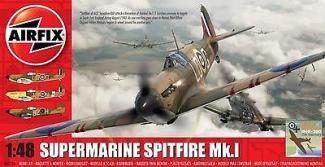 The Supermarine Spitfire Mk.I fixed its place in history during the Battle of Britain. The RAF pilots known as 'The Few' proved the Spitfire’s ability. Fighting alongside the Hurricane they overcame the struggles of the Battle of Britain over southern England and the English Channel during the summer of 1940. Powered by the Rolls-Royce Merlin V12, the Supermarine Spitfire was capable of speeds of over 360mph. Noted for remarkable maneuverability that allowed it to turn inside an opponent, the spitfire made it an excellent dog-fighter and it was the interceptor of choice for Fighter Command. Accordingly, RJ Mitchell's design is a time-tested aviation masterpiece, famous and beautiful too, first flying in 1936 and by 1940 it had become the envy of the world's air arms. 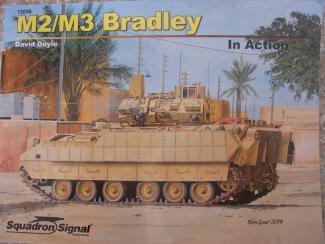 Squadron Signal Publication, In Action series has come out with a new book authored by David Doyle on the M2/M3 Bradley. The book starts out with an interdiction on how and why the Bradley came about. From the US Army’s open top M3 halftrack in WWII to the M113 APC the US Army needed a vehicle that could keep pace on the modern battle field with the latest tanks. The new vehicle would need to posses excellent firepower, speed and protection to transport troops. After a long development period the M2 Bradley joined the US Army. The book covers this development period well with good photos and text. The book continues with excellent photo references and text that follows the different upgrades and deployments that the Bradley has seen from the 1980’s, peace time Germany, Kosovo, the two Gulf wars and current training and uses. There are good photos that show how the crews stored there gear on these vehicles in peace time and war and how the crews lived & worked in these vehicles. 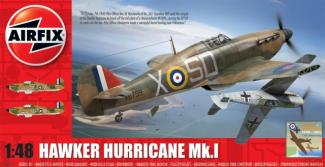 The Hurricane ranks with the most important aircraft designs in military aviation history. Developed by Sydney Camm, Hawker's Chief Designer in the late 1930s, the Hurricane was the first British monoplane fighter and the first British fighter to exceed 300 miles per hour in level flight. It was a single seat fighter with an enclosed cockpit. It featured a stressed skin aluminum wing with fabric covered aluminum control surfaces. The fuselage was a mix of steel tube, aircraft spruce forms, and fabric.

1700 Hurricanes fought in the Battle of Britain. That’s more than all other British fighters combined and those historic fights were seen as the Hurricane's finest hour. It fought over southern England and the English Channel during the summer of 1940 and fixed a place in history accounting for 60% of the RAF's air victories in the battle. After the Battle of Britain ended the Hurricanes were used across the world until the end of World War II. 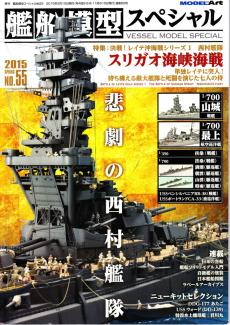 The feature article in the Spring 2015 Vessel Model Special covers the battle of Leyte Gulf / battle of Surigao Strait / Nishimura's fleet. The article is comprised of models of the vessels that were involved. Some the models are shown as full build features and others are static color photos. Included are line drawings of some of these vessels.There are several period black and white photos included along with maps of the battle area. 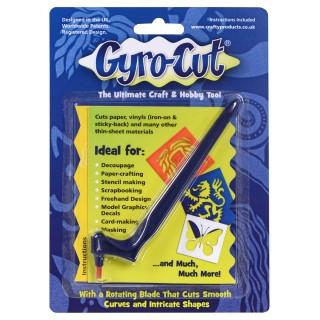 Matt Greenburg was at the Columbus IPMS Nationals with a new product. They were selling like hotcakes, and after seeing the demonstration, I bought one. As a Convention Special, Matt threw in a pair of extra blades.

The knife is special because the blade rotates to follow the movement of your hand as it changes direction while cutting. This allows very good control of the curves and angles of the cut. The business card below was cut by Matt with one sweep of the Gyro-Cut.

The trick is that you start the cut and move your hand along the line to be cut, and the blade follows. Because it is angled, the tip drags the blade into cutting position, even if the line cut is not straight. So it is possible to cut a curved or wavy line just by drawing the knife along the line, just like using a pencil to draw. Acute angles (less than 90 degrees) require a little finesse, but the knife can do it. You just stop at the angle and let the blade swivel before you go very far.