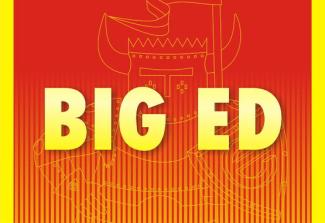 The Bristol Blenheim was a fast day bomber designed for the RAF in the early to mid thirties. In its day, it was a fast, excellent aircraft. Unfortunately, its day was past when WWIl broke out. It was hopelessly outclassed by most modern fighters and was shot down in droves when un-escorted. It was quickly relegated to night intruder and naval strike missions and usage in less threatening environments. Despite attempts to upgrade it with new engines and other changes, it's performance remained sub-par and it was phased out as soon as was practicable.

This is one of Eduard's "Big Ed" sets that bundle all their PE sets and masks for a given kit in one package. In this case it consists of their exterior, interior, landing flaps and bomb bay PE sets as well as the mask set for the clear parts. If you bought them separately, they would cost a total of around $90, so you do save $25 buying them this way. 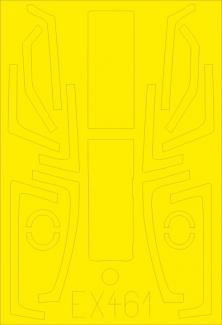 I hate masking canopies. It always takes so long and it is not as much fun as the rest of the build. That is the primary reason to buy canopy masks.

The latest offering from Eduard is for the Kitty Hawk AH-1Z. Accurately cut from Kabuki tape, which I think is the best masking material out there, this set provides outlining for the side canopy sections. Each individual panel is constructed from two pieces of masking material which are then filled in with masking fluid. The overhead panels are actually single piece masks which is nice. The other parts that you are provided are for the turret clear parts.

These will fit and make the whole process of canopy masking a non-event. They will save you time and give you accurate crisp outlines with minimal work. 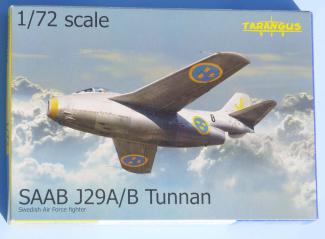 This is the first 1/72 kit by Tarangus, and follows their 1/48 SAAB Lansen A-32A and J-32B kits. Despite being a limited run kit, this is a major upgrade over the previously available Tunnan kits (Matchbox, Heller) and obviously the first as a J-29A or B. Of course the increase in accuracy does not correspond to an increase in buildability. I sincerely hope that Tarangus will expand this kit to do the later Tunnan versions. Hopefully the kit does well and we will soon see the reconnaissance version, S-29C, along with the later J-29E and J-29F with their distinctive dogtooth wings. 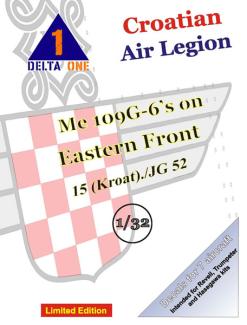 With the release of the Revell-Germany Bf-109G-6 and G-10 Erla it is just natural to want to put markings on them that aren’t included in the box.

Delta One has been providing some unique looking 109s on their decal sheets and this one is no different. The Croatians had a staffel similar to the Spanish staffel in JG-52. They were proud and carried the This decal sheet provides markings for seven aircraft, six G-6s and one G-5. Most of the aircraft sported the “Flying or Winged chessboard” on both sides of the fuselage. 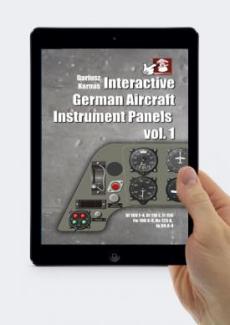 Thank you to Mushroom Publications for bringing a tremendous digital resource for the modeler. Thank you to the IPMS Reviewer Corps for allowing me to test out this new and exciting method of researching model subjects. This digital publication is nearly identical in content to the paperback version [suggestion to editor: here is the link for the paperback review on the IPMS Review site.

I am very pleased with the increasing availability of research material in the tablet world. Interactive Panels allows an interesting reference experience for the WWII German aircraft modeler. Cockpit views of six different aircraft instrument panels are included, as listed: