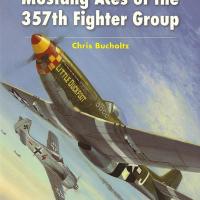 Osprey’s Aircraft of the Aces series continues to be a great resource for the modeler and historian. This edition is no different. Written by noted historian, researcher, fellow modeler and editor of the IPMS/USA Journal, Chris Bucholtz, this soft bound book features 96 pages of information, stories, black and white photographs, and color profiles, featuring such noted pilots as Chuck Yeager, Bud Anderson, Kit Carson, and John England to name a few. The 357th featured some of the brightest colored Mustangs in the ETO.

The book follows the unit from its inception in 1942 with P-39s until the end of the war flying the latest P-51Ds. The unit produced 42 aces, more than any other unit in Europe, and it did this in just over a year of combat flying. 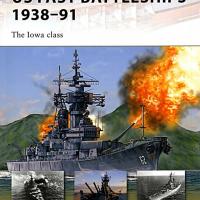 This volume of the Osprey New Vanguard series highlights perhaps the most enduring class of fighting ships of the 20th century. Considering that transformation in warships during the last 70 years, the longevity of the Iowa class battleships is noteworthy and a testament to their design and construction.

The book is basically divided in to two sections. The first deals with design and construction of the four units of the class (U.S.S Iowa, U.S.S. New Jersey, U.S.S Wisconsin and U.S.S. Missouri) with particular emphasis on how design parameters of previous battleships (of both U.S and foreign navies) as defined by the Washington Naval Treaty influenced the development of the Iowas. These considerations had a direct bearing on such things as armament, protection and speed. The author also goes into some detail describing the brains of these heavyweights – the fire control systems. The use of radar as well as aircraft for gunfire spotting is also detailed here. 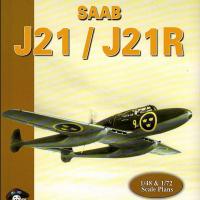 This book tells the story of the first fighter aircraft from Sweden’s SAAB. The unconventional, pusher propeller, twin boomed SAAB J-21 and its jet powered development, the J-21R As one who has a fondness for unusual aircraft I am really grateful to finally have a book that covers this aircraft.

The book begins with the development of the aircraft and its related systems. Of special importance was the development of an ejection seat so that the pilot could exit and clear the pusher propeller in an emergency. This is followed by operational histories of its use with the various squadrons. The coverage of the propeller driven J-21 concludes with 25 pages of color photos of the two surviving J-21s presented in a “walk-around” style. In addition to many fine exterior shots, there is extensive photo coverage of the cockpit. Lastly, we are treated to six pages of color profiles of various operational J-21s 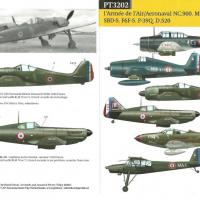 This decal provides markings for several different aircraft used by the Aeronaval/L’Armee de L’Air in the years following World War Two. Included are markings for two P-39's used in Algeria in 1945, a captured Fieseler 156 C Storch, two Grumman F6F Hellcats, an SBD-5, an Fw190-A5 and a Dewoitine D.520. The decals are very colorful and in perfect registry. 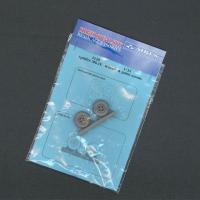 Aires has added a set of 1/32 Spitfire resin wheels/tires (with paint masks) to their continually growing line of detail parts. Although labeled for Mk.IX Spitfires, these wheels are appropriate replacements for those found on most marks. The set features the early four-spoke wheels with typical smooth tires. They easily will fit the new Tamiya kits as well as the PCH kits and the earlier offerings from Hasegawa and Revell. Detail is exquisite…the hubs even exhibit the recessed valve stem and the tires have a realistic flat bottom with just the hint of a bulge. All appears to be spot on, as our friends in the UK might say.