Welcome to the IPMS/USA Reviews site!

Introduction: The primary organization of the IPMS/USA Review website is by IPMS/USA National Contest Class. Within each Class there are sub-menus by kits, decals, books, etc. The Miscellaneous Class is for items that are not class specific or that cross two or more classes.

IPMS/USA Members: We encourage you to submit reviews, both here and to the Journal. To volunteer for membership in the IPMS/USA "Reviewers Corps" and submit your own reviews, please read the Guidelines For Submitting Product Reviews.

Manufacturers, Publishers, and other Industry members: IPMS/USA is pleased to offer your company the opportunity for product reviews. All product reviews are performed by IPMS/USA members, and are posted in the publicly-accessible section of our website. With very few exceptions, we perform full build reviews of new kit releases, aftermarket products, and supplies. If you would care to provide product samples for review, please contact Phil Peterson, IPMS/USA 1st VP. 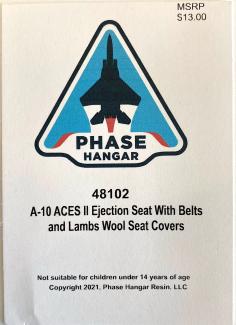 Phase Hangar brings us a resin cast replacement ejection seat for most 1/48 A-10 kits. You get a cast seat and canopy breakers with a printed seat rail. This version replicates the lamb's wool cushions seen in some Hogs.

Compared to the Hobby Boss and Tamiya kit seats, this set provides a replacement with substantial improvements in detail. If you want to use this with Hobby Boss kit cockpit tub, you will have to alter the bottom to fit the width. There is minor prep work in the form of sanding the bottom of the seat flat and removal of printing frame from seat rails. The canopy breakers are very scale delicate. Most impressive is the fact that the seat slides down into the seat rails just like the real thing. 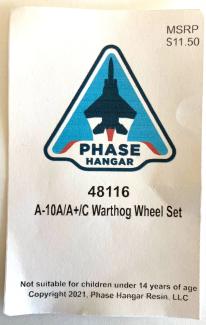 This set consists of resin 3D printed main wheels and a cast nose wheel. As the product description implies, these wheels are universal for all versions and kits of the A-10 in this scale. In the attached photos, I compared these parts with the Hobby Boss kit (in grey plastic) and the older Tamiya kit (in green plastic). The main wheels require minor clean up once the printing sprues are cut away. The nose wheel sample I received had a casting flaw in the hub area that is easily fixed with some putty. Overall, these wheels are a vast improvement over the rubber wheels in the Hobby Boss and Tamiya kits. The 3D parts have a texture, but no ridge pattern sometimes exhibited in 3D printed parts. Of note is the mounting hole in the hub of all three parts needs to be drilled to the correct size to suit whatever kit you use them on. 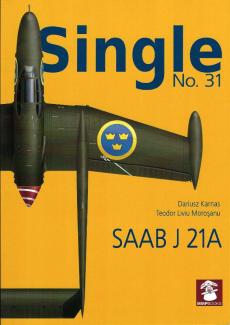 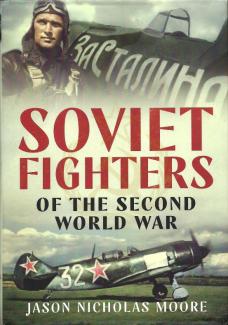