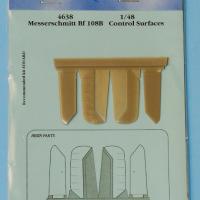 Aires has come out with a nice upgrade for the Eduard Bf 108 series of kits with their horizontal control surfaces set. There are four parts in all, cast in a durable resin material. The Aires parts allow you to alter the position of the elevators and provide improved stabilizer to elevator detail. There are no supplied instructions; you simply swap out the kit provided plastic parts with the new Aires replacements. I’ve included photos of both the Eduard and the Aires horizontal surfaces inserted in the Eduard fuselage. 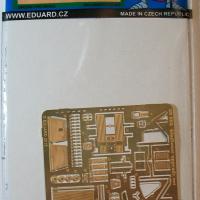 Eduard continues to release great photoetch sets for many kits and this is no exception. This is for Eduard’s own Gloster Gladiator kit 1145. This set adds a lot of missing detail that really adds to the kit. The photoetch parts are for the:

In the packet is:

This is a must have set for the Eduard kit as it makes it into a great model with all you need to super-detail the aircraft. The only issue I found was that the seat was not easy to install.

Thanks go to Eduard for providing this set to review and IPMS USA for allowing me to review it. 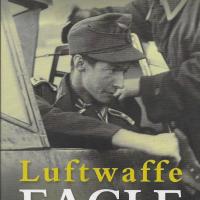 “Luftwaffe Eagle” is a first-hand account of one pilot’s experiences during World War II. I wasn’t sure what to expect when I offered to review this book for IPMS, but I have to say I was very pleasantly surprised!

This book was first published in 2007, in the author’s native language of German. It was translated into English by John Weal in 2008, and first published in English in 2009 (in hardcover). This release is the first time it has been available in softcover format.

This combination of the author’s style of writing and the superb (and fluid) translation make this book a pleasure to read. The author begins with a brief summary of his childhood years, then dives directly into his Luftwaffe training and subsequent postings. Each section is filled with personal anecdotes, while steadily following the timeline. 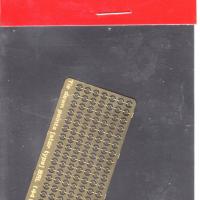 This is my second review of Brengun Carrier tie downs. The first was the “cross” style. This is the newer, more modern star type.

These items are used as the anchor for tying aircraft or anything else that needs to not move, to the deck. A hook at one end of the tie down is put around one of the star legs and the other end is adjusted to hold the aircraft in place.

Today’s supercarriers use the star type anchor. They can be either yellow or white, depending on what year you’re doing the model. I kind of suspect that when the deck tractors changed over from yellow to white, the anchors changed color too. 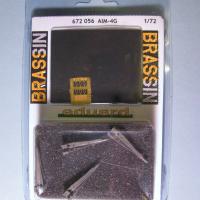 With development beginning in 1958, the Hughes AIM-G Super Falcon was created as a follow-up to the early Falcon missiles, but with a larger rocket motor, bigger warhead, and improved guidance. The AIM-4G, or GAR-4A, was the final version of the improved missile, and around 2700 of these missiles were built with the first of them entering service in 1960, and remaining in use until 1988. The missile was 81.1 inches long, had a 24-inch wingspan, and weighed 145 pounds. Travelling at Mach 4 on its solid fuel Thiokol M46 dual-thrust rocket, the missile had a range of seven miles to deliver the 29-pound warhead.