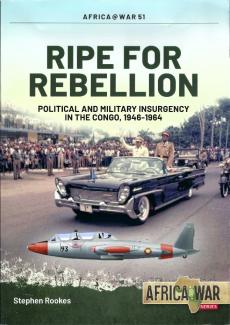 Helion produces books on many aspects of Military History from the Late Medieval period through to the present day. Helion was established in 1996, and since then they have published almost 1,200 books, with 100 or more new titles coming out every year. The 'Africa@War' series covers African military history since 1945.

Stephen Edward Rookes is originally from Exeter in the UK, Dr. Stephen Rookes is a French writer and academic who earned his PhD from the University of Toulouse Jean-Jaurès, France. He specializes in the history of Cuban exiles and takes a particular interest in the CIA's covert operations in Central America and in Africa. This is his third instalment for Helion’s @War series. 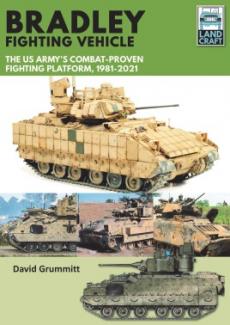 From Wikipedia, the free encyclopedia

The Bradley is designed to transport infantry or scouts with armor protection, while providing covering fire to suppress enemy troops and armored vehicles. The several Bradley variants include the M2 Bradley infantry fighting vehicle and the M3 Bradley cavalry fighting vehicle. The M2 holds a crew of three (a commander, a gunner, and a driver) along with six fully equipped soldiers. The M3 mainly conducts scout missions and carries two scout troopers in addition to the regular crew of three, with space for additional BGM-71 TOW missiles. 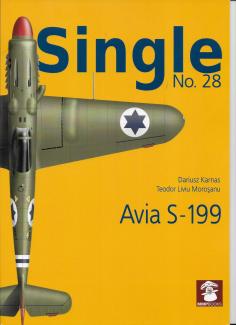 This volume in MMP’s “Single” series covers the Avia S-199, and with the impending release of Eduard’s 1/48 kit (announced, but I have no idea of when), the timing of this publication is perfect. The idea behind this series of books (more like booklets) seems to be to get right to the point and show scale plan views, photos, profiles, etc. 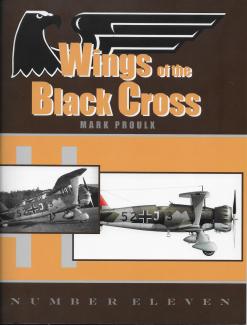 Wings of the Black Cross #11

This volume, #11, like all others in the series consists of pages and pages of clear photos, printed nicely on semi-gloss paper between laminated stiff covers. Eagle Editions consistently puts out first-rate publications.

Most photos in the Wings of the Black Cross series are previously unpublished, and this issue carries on that tradition. The entire booklet is chock full, starting with the cover (photos are identified on the inside of the cover). Also, in keeping with the tradition of ever-evolving information, errata regarding previous volumes are also printed on the inside cover. 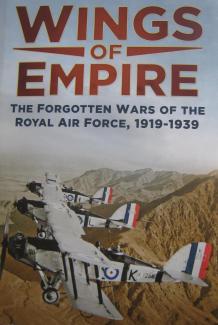 At the end of World War I, the British Empire had to expand to take over some of the territories in the Middle East and Africa, most of which had been under the control of the Turkish Ottoman Empire. Turkey had sided with the Central Powers, and the British took the regions almost by default. The big question, in both the Middle East and Africa, was how to control these areas economically. The British government assumed that they could control these diverse groups, mostly on a tribal level, using standard cavalry and infantry units operating in a police role, but they discovered that this was much more expensive than they had imagined. The areas in question, some of which are still problems today (Afghanistan, for example), were dominated by small Islamic tribes, who had no idea of how western civilization could help them move into the modern world.