The Wildcat in World War II

During the last part of the nineteen thirties, the U.S. Navy was in the process of replacing its biplanes with higher performing monoplanes.  The Curtiss SBC “Helldiver” dive bomber was being replaced by the Vought Sikorsky SB2U “Vindicator”, and the Martin T4M’s were being replaced by the Douglas TBD-1 “Devastator” monoplanes.  Grumman’s last biplane, the F3F-2, was just entering service when the decision was made to equip Navy fighter squadrons with monoplanes. 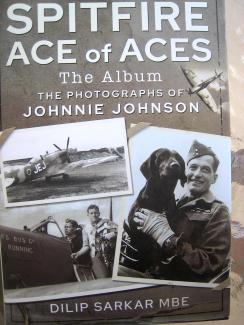 Air Vice-Marshal Johnnie Johnson, CB,CBE, DSO & Two Bars, DFC & Bar, DL, the highest scoring Royal Air Force pilot of World War II, had a diverse and very interesting background, as he was able to infiltrate the ranks of the RAF, which tended to favor the admission of the upper classes. Johnson was very middle class, and achieved his position through his quality as a man, not his position in British society. There have been a number of books written about Johnson’s life and career, but this book takes a different approach, consisting entirely of photos taken of him or of the people he associated with, and sometimes even of the airplanes he flew. These are captioned, giving explanations of what was going on, and who was involved. Johnson comes through as a very human character, someone you would like to associate with if you had the chance. 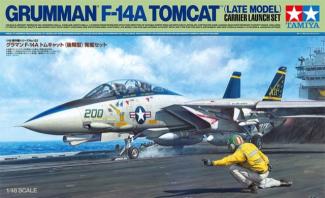 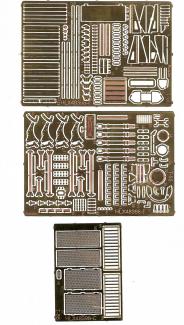 Armor builders have long used photo etch parts to get realistic thickness of parts. So why wouldn’t they want the same in the smaller scales? With Tamiya revitalizing the 1/48th scale armor market it was just a natural fit. The latest is the Soviet T-55 and Hauler has you covered.

Inside of a resealable package are two light grey resin pour blocks that feature new ammo boxes and some lights. These are way too small to produce accurately in injection plastic. In addition to the resin pieces are THREE frets of brass photo etch. To say that this set is comprehensive is an understatement. There isn’t a part of the basic kit that isn’t touched by the photo etch. You will need a magnifier to use some of these parts. The finesse is exceptional. Besides grills, there are latches and supports for the fuel drums, which are beautifully rendered. The turret and driver’s hatch get the PE touch inside and out. 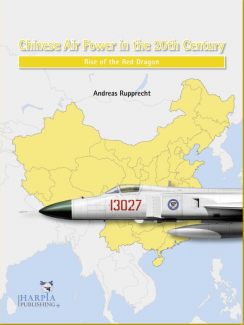