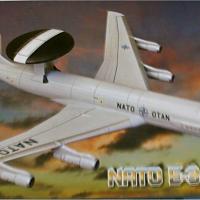 The E-3 Sentry is a logical follow-on to the earlier US Air Force EC-121. Of course the Sentry has better radar, more room and a more reliable aircraft. The basic airframe is the Boeing 707-720 with the JT-3D engines. When NATO decided they needed an airborne command and control system, they bought 18 Sentries. It’s of interest to modelers that the 17 remaining NATO Sentries are registered in Luxembourg, which has no other aircraft. In fact they don’t have an air base, so the NATO aircraft are based at Geilenkirchen, Germany.

This is the third issue of the basic E-3A from Minicraft, along with their Boeing 707s, C-18 and E-8 JSTARS. The mold is several years old, but it has been well maintained, with crisp edges and almost no flash. All sprues are in separate plastic bags which reduces lost parts, breakage and scratches on the clear parts. 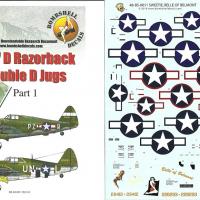 Bombshell Decals are a new product to me. I was pleasantly surprised to find the set I received for review to be very colorful and in good registry and covering two aircraft of one of my favorite modeling subjects, the Republic P-47 D Razorback.

One is an aircraft of the 352 FG at two different periods of World War Two. The main difference between the two is that one has the national insignia with a red border and the other with the blue border plus the number of kills.

The second aircraft is the Belle of Belmont of the 56 FG with invasion stripes, not included on the decal sheet. Both aircraft have the very suggestive and colorful nose art common on warplanes of the era.

The instruction sheet is in full color and showing the port side, top and bottom placement of the decals as well as an FS 595 color guide. Your model kit will provide the required stenciling decals. 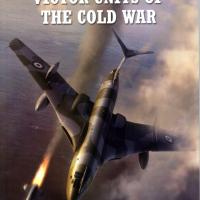 Victor Units of the Cold War

The Victor was the second of the three “V Bombers”, Valiant, Victor and Vulcan, flown by the RAF in the nuclear strike role. When Surface to Air Missiles came onto the scene, the Victor became a low-level penetration aircraft. With the advent of the Blue Steel stand off missile, the mission became more feasible, but still sporty. This is when the camouflage changed from white overall to grey/green upper surfaces. 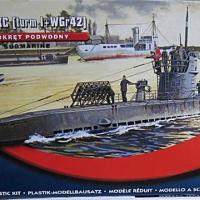 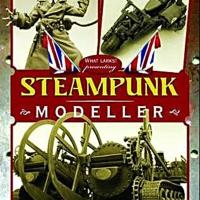 "Steampunk", according to Wikipedia, "...is a sub-genre of science fiction, alternate history, and speculative fiction that came into prominence during the 1980s and early 1990s..." and "...involves an era or world where steam power is still widely used—usually the 19th century and often Victorian era Britain—that incorporates prominent elements of either science fiction or fantasy." "Works of steampunk often feature anachronistic technology or futuristic innovations as Victorians may have envisioned them; in other words, based on a Victorian perspective on fashion, culture, architectural style, art, etc. This technology may include such fictional machines as those found in the works of H. G. Wells and Jules Verne or real technologies like the computer but developed earlier in an alternate history." You can read more about it at http://en.wikipedia.org/wiki/Steampunk or just search the web.