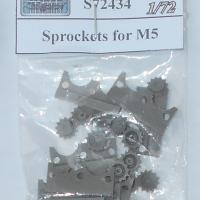 Sprockets for the M5 Light Tank 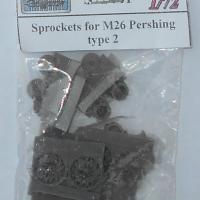 “The M26 Pershing was a heavy tank/medium tank of the United States Army. It was used in the last months of World War II during the Invasion of Germany and extensively during the Korean War.

The M26 was intended as a replacement of the M4 Sherman but a prolonged development period meant that only a small number saw combat in Europe.

The M26 was the culmination of a series of medium tank prototypes that began with the T20 in 1942, and it was a significant design departure from the previous line of U.S. Army tanks that had ended with the M4 Sherman. Several design features were tested in the prototypes. Some of these were experimental dead-ends, but many become permanent characteristics of subsequent U.S. Army tanks”. 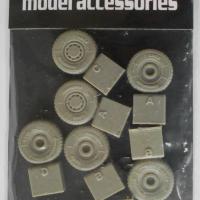 "The Type 16 maneuver combat vehicle (MCV) equips designated combat units. Due to its light weight and small size, it is designed for easy deployment (by aircraft if needed) allowing rapid movement on narrow roads and in built-up areas in response to various contingencies. Despite its small size and light armor, it can successfully attack much larger armored fighting vehicles as well as personnel, using its large caliber gun. 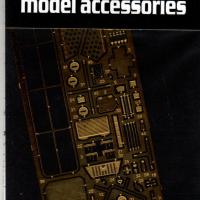 The heavy Panzerspähwagen was a large but very fast and highly versatile addition to the German Army. The original 6-Rad (six wheel) versions were based on a 6x4 truck with an armoured body, but by 1937 they were being replaced by 8-Rad versions. During the replacement phase, the Sd.Kfz. (Sonderkraftfahrzeug, 'special vehicle') numbers were carried directly over; differentiation was made by the inclusion of 6-Rad or 8-Rad in the vehicle's name. 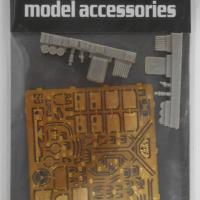 The M8 light armored car was a 6×6 armored car that saw service from 1943 by US and British forces until the end of World War II.

Designed and built by Ford Motor Company it was intended as a replacement for the M6. Because it had tires instead of treads, it had great speed at 55 mph on open roads and was very good in support roles as a recon vehicle. It wasn’t without its drawbacks however. Crews put sandbags on the ¼” thick floor to protect them from mines. It was also awkward in wooded areas and rough terrain.

Exported widely, it was still in service with some countries in 2006.

If you want to bring your M8 model kit to the next level, this excellent photoetch/detail set is just the thing for you. This extensive PE sheet has most of the appliqués that can be added to the kit to provide a fully detailed rendering of the M8.