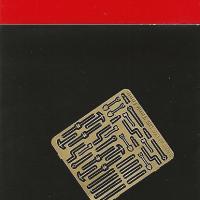 For modelers, in the one true scale (1/144), Brengun has added an especially useful photo-etched set of WWII armor tools to their catalog. Associated with the U.S., that label shouldn't prohibit anyone for using them in any setting where appropriate.

The small, metal sprue contains four examples each of the following:

Quite the variety. The choice by Brengun to 'etch' the pick as two parts is a bit curious. Maybe a test of ones skill level? Then again, spares were sometimes stowed separately. Owing to the diminutive size of these tools, removing the parts from their attachment points may be problematic. Caution and a new hobby knife blade are recommended. 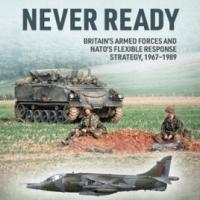 Casemate publishing continues its ongoing series of post-World War Two conflicts in Europe with an interesting volume that concentrates on Britain’s contributions to the North Atlantic Treaty Organization (NATO) in the last phase of the Cold War. This is an unusual volume in that the text is derived from the author’s Ph.D dissertation on the same topic. The volume is richly illustrated with color photographs, which I imagine would be well received by the modeling community. As with other publications in this series, it includes maps and 22 color profiles of vehicles, aircraft, and uniforms from this era. 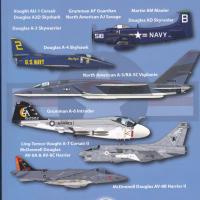 Attack Aircraft of The U.S. Navy And Marine Corps 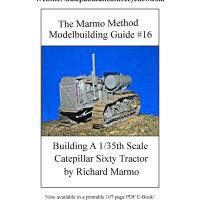 Richard Marmo publishes model building guides for specific kits that provide greater insight than is usually included in the kit’s basic instructions. Richard uses photographs plus thorough written descriptions of his actual build to aid the modeler step-by-step building the kit. Richard‘s writing style is very informative and often includes humorous advice on how to avoid the pitfalls of model building. His written narratives go into much more detail than can be provided in the basic kit instructions. The photographs are high quality and because they are in a digital format can be zoomed in to magnify detail. This is particularly useful when a kit has many small parts like the one reviewed here. The guides provide additional tips on modeling techniques, tools, and materials, to expand the modeler’s knowledge. At four bucks each these model building guides are a must have for modelers. 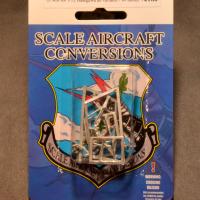 Scale Aircraft Conversions (SAC) specializes in white metal replacement landing gear parts for aircraft kits. This review is for the 1/72nd scale Hasegawa F-104 Starfighter from the 1989 original mold and its reissues (which there are several). Two full sets are in the blister pack, so two kits can have metal landing gear. These are drop-in replacements for the F-104 (parts D7, C12, B11 & B12) and TF-104 (parts F15, C12, B11 & B12). Attached pictures are for the F-104 comparison.