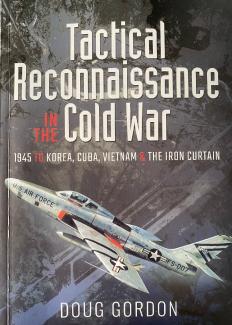 Tactical Reconnaissance in the Cold War (1945 to Korea, Cuba, Vietnam & The Iron Curtain)

Dangerous times followed the end of WWII. In quick succession, the emerging superpowers not only armed themselves with nuclear weapons but showed an overt willingness to use them. The spread of communism into the Eastern European bloc countries and the Asian continent created a need for information so the United States and her allies could make informed decisions about the enemy's intentions. The exploits of the U-2 and SR-71/A-12 pilots who braved overflying hostile territory at high altitude in order to get a strategic, big picture of our enemies have been well documented. What we don’t hear a lot about are the efforts of those tasked with collecting localized intelligence for use on a more immediate time scale. Things as simple as weather conditions to the location and strength of enemy forces are critical to those who decide military actions. 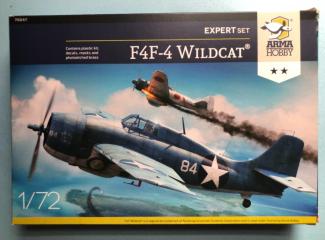 While Arma Hobby has been in business since 2013, they are a newer company to me, and this was my first opportunity to build one of their wonderful kits. Their mission is to manufacture the highest quality plastic kits that offer both extreme surface detail and are easy to build. While I will agree on the fantastic surface detail, I am not certain that I would call this kit easy to build. While I do highly recommend this kit, I do recommend that the builder have some experience before taking on a project like this. 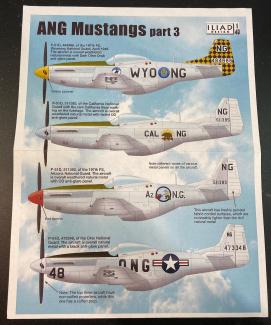 The P-51 in Air National Markings have always interested me and when I saw Iliad Decals was releasing another sheet with them, I couldn’t pass it up. Ironically the Ohio ANG marking included on this sheet was one that I had considered including for the 2009 and the 2015 IPMS Nationals Decal sheets but never made the cut. I am pleased that Iliad decided to do this particular marking.

Their ANG Mustangs Part 3 includes markings for 4 different states: Wyoming, California, Arizona, and Ohio ANG units. The Wyoming Mustang is by far the most colorful on the sheet with its checkered tail and I had considered doing this one for the review but I discovered that the decals didn’t size up to the Airfix kit correctly. I did eventually size the checkered decals to a Tamiya kit and found that they are sized perfectly for the Tamiya kit. I’m hoping I will be able to get around to building that one soon. 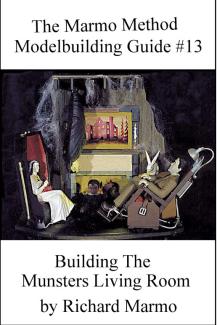 Richard Marmo is one of the founding members of IPMS/USA, member #2, yep, 2. He has been creating ebooks on how to build kits, photo journals and other stuff for a while. This time for issue 13 what better project than the Munsters Living Room.

Now you younger lads and lasses may not know The Munsters but those of us with a few more years under our belts are very familiar with this show that ran from 1964 to 1966 and then syndication. You can still find it on television today or watch it for free on Peacock.

The Munsters Living Room kit was originally released by Aurora back in the 60’s and then rereleased by Polar Lights in the late 1990s. Round2 picked up the license after Polar Lights went under however it is not currently in production. 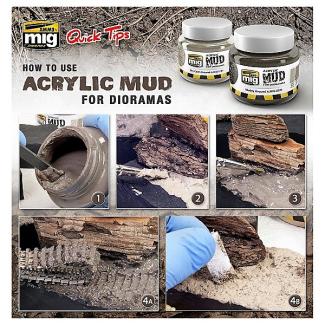 Arid Dry Ground (or Mud) texture from Ammo/MiG is a newer edition to their line of Vignettes Acrylics. This product is designed for small and medium sized dioramas or vignettes and comes ready to use in a 100ml tub. This particular product has a coarser texture than some of the other textural products ( I.E. concrete) in AMMO/MiG's catalog.

Borrowing from Ammo's own description: The application method is remarkably simple. You can use any kind of tool at hand and the Arid Dry Ground Texture can be mixed with other weathering materials such as pigments or acrylic paints to create a full range of authentic earthen effects. It can be used for any scale ranging from 1/16 to 1/72. Using this product, you can obtain a perfect finish in your scenes, virtually mimicking real soil. The new format has been optimized for working on scenes and dioramas, so that the product always remains in perfect conditions for each use.