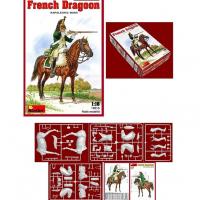 This was a “mom saw it, and I bought it” modeling effort. Here in OKC (the home of Hobby Lobby Corporate) they have a discount outlet for the wedding crowd; and that is where they drop the occasional “model samples”; the store is called the “Basket Mart”…. Depends on when you show up if you get cool stuff. 98% of the time, nothing… but in this case I walked in and instant birthday gift for the horse-loving mother of mine, who just turned 21 this week. (HA!)

Ya’ll know I am an aviation/naval/sometimes armor guy. And in this case, I had an opportunity to do something a bit different. Waaaay different. Having visited Waterloo, I was aware of the time period this model represents; Warfare was changing again, and the use of cavalry was still being finessed. This kit represents a time period unlike any other… Muskets, Swords, and Horsepower. 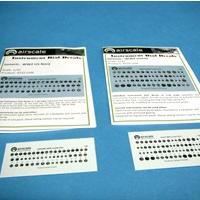 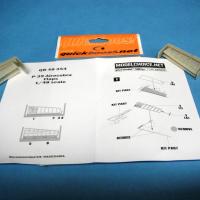 Another beautifully mastered set, nicely cast in light tan resin without warps or pinholes. These are exceptional in that they go a long way to enhance an already extremely nice model and require a minimum of surgery to install. For me, they earn the “most highly approved” designation. Many thanks to Quickboost and to IPMS/USA for the review sample. 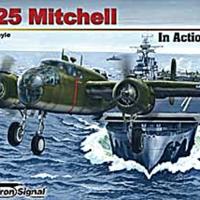 B-25 Mitchell in Action

New from Squadron/Signal Books USA is the B-25 Mitchell in Action by David Doyle. Very possibly the most significant twin engine bomber of WWII is beautifully showcased in this new “in action” series book.

72 pages with artwork by Don Greer, this publication contains more than 200 photos (80 of them in full color), most of them original period photographs. This aircraft is covered in detail by taking it from the North American Aviation Prototype (NA 40) to the final production run of the B-25J, in use for some time after the close of the war. USN and USMC versions (PBJ series) are also well covered within, as are B-25’s in Foreign Service used by Allied Air Forces at that time. Also contained are several color profiles of the B-25. 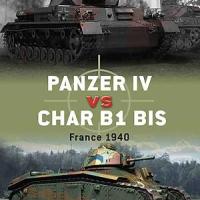 Despite the use of “tanks” in the First World War, and their use in the opening stages of the Second World War in Poland, September 1939, it was in the Battle of France in May 1940 that these weapons were used for the first time on any large scale. The battles around the French towns of Stonne, Hannant, and Gembloux for the first time in history saw massive clashes, involving hundreds of tanks on both the French and German sides. And it was during these battles that actual “armored divisions” from both sides were involved. This book covers the two major armored vehicles of the Battle of France, the Wehrmacht’s Panzer IV, and the French Army’s massive Char B1 Bis. The author, Steven Zaloga, is a well known military historian of the Second World War, and also a keen modeler. He is also a very good writer, and the prose of this book flows very well.