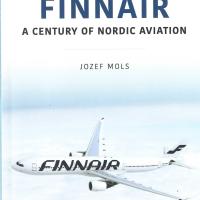 FINNAIR - A Century of Nordic Aviation

This is the 5th volume of a new Key Aero Airlines Series covering FINNAIR a Century of Nordic Aviation. The book covers the complete history of the airline from the creation of Aeronaut in Estonia in 1918, then the move to Finland as Aero Oy in 1923 to its current global position in the industry. The book covers the routes and fleet development over the years including all the ups and downs that the Airline industry always has. The chapters are fascination and give way more details that I expected in such an apparently small book.

All the photographs and write up in this book really help to show how the airline grow and also main issues and troubles it has had during its history.

I recommend this book to everyone with an interest in Commercial Aircraft and or Airlines. Also great for commercial aircraft modelers. After reading this book I look forward to adding more of this series to my library. 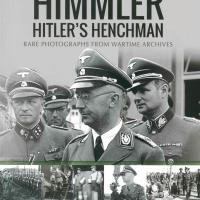 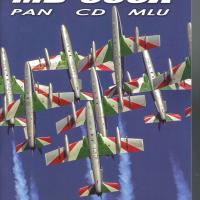 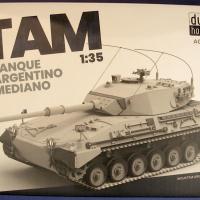 The Tanque Argentino Mediano (TAM) is a 30-ton armored tracked combat vehicle with a 105 mm cannon based on the running gear and hull of the Marder Infantry Vehicle. It has been designed considering the constrains of roads, bridges, and terrain of Argentina. It was designed as a joint effort of Thyssen-Henschel and TAMSE (an Argentinean company specially created to build the TAM). The hull has been adapted into a whole family of vehicles, including APC, mortar carrier and even a 155 mm SPG on an elongated hull.

Dukel Hobbies, from Buenos Aires, is a large retailer that caters the hobbyist in Argentina. Recently they started dipping their toes into the manufacturing business, with the TAM (Tanque Argentino Mediano) in 1/35 scale and their upcoming Pucara aircraft in 1/48 scale. They also host a YouTube Channel with tutorials including a 4-part series as to how to build this kit and others (in Spanish only). 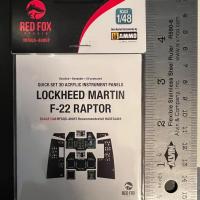 While the latter is the most realistic of the aforementioned methods, none provide the realism of the 3D printed panels that are now coming to market.

Being unfamiliar with these aftermarket products, I was anxious to get a close look at one. The one I was fortunate enough to evaluate is produced by Red Fox Studios, a company in Hungary, for the new Hasegawa 1/48-scale F-22 Raptor kit. (See Photo 1).

The panels are composed of acrylic plastic with both raised and recessed details and are printed in color.