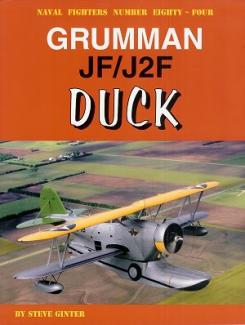 There were many different types of aircraft needed to win World War II. The Grumman Duck was certainly one of them!! Designed and built before the war, these biplanes performed many specialized missions. Rescuing downed aircrew, and spotting for those huge guns on the battleships were only a few of the many jobs it did, and it seemed every squadron had a Duck hanging around as a hack. Unglamorous to a fault, and tough and rugged, the perfect combination!! 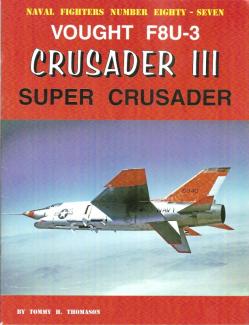 Crusader III (Naval Fighters # 87) is a paperback book measuring 8-1/2” X 11” and consists of 92 pages. The cover and pages are printed on polished paper. The book is full of sharp black and white photographs only with accompanying text. Also included are 3-view drawings, comparison tables, line drawings and performance charts.

The author begins by setting the stage for one of the closest aircraft selection competitions the Navy ever experienced. It began in 1953 when Vought’s F8U-1 Crusader beat out McDonnell’s entry for a high-performance day fighter. When the Navy went looking for an all-weather (night) fighter, the competition began.

Thompson states, “The Navy also preferred to deploy two different carrier-based fighters with complementary attributes…” In addition, having different fighters with different engines in a carrier group ensured a degree of safety in case one engine or aircraft type had a problem. 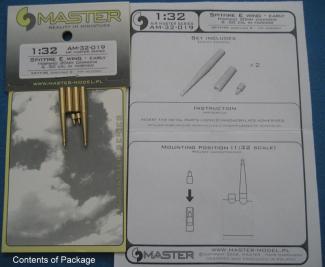 It seems that Master Model has raised the bar a little more with their Air Master Series. These awesome little pieces are designed and produced in Poland, and run the gambit with accessories from aircraft to ships in scales from 1/72 to 1/350. You have to visit their website to see it all, and more than likely you will be ordering something from them.

In this case I happen to be reviewing the Air Master Series of the 1/32 early Spitfire E-Wing which contains two Hispano 20mm cannons and two .50 cal machine guns in fairings. According to Master Models, these are turned brass pieces which are made to exact scale specs. 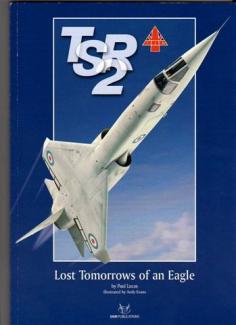 BAC TSR.2-Lost Tomorrows of an Eagle

This book is not so much a “what-if”, but more of a "what might have been" story. Everything is based on surviving tech orders, ads, and other papers that show what the RAF wanted to use the TSR.2 for, as well as the schemes it would have worn and weapons that would have been carried. Like its Canadian cousin the Avro Arrow, it has become the stuff of myth and legend.

The book is profusely illustrated with artwork, showing various markings and paint jobs that will give the modeler looking for something other than the prototype’s white paint scheme a lot to ponder. Like wise, the various weapons load outs will spark the modeler’s imagination.

I found this to be a well-researched and laid out book. The author has done his best to cover all possibilities of the what, where, and how of aircraft assignments. Also included are operations had the TSR.2 entered service. 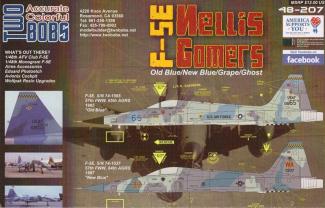 The squadrons deployed throughout US and overseas to teach adversarial tactics and provide dissimilar air combat training to US Air Force flying units from October 1972 to June 1990. The units currently operate F-16C and F-15C aircraft in similar roles, as part of the regular Red Flag cadre at Nellis AFB, NV.