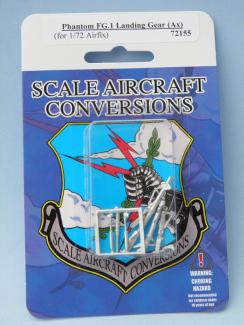 The Spey engined Phantom did stellar service for both the RAF and Royal Navy. Airfix finally released a new kit of the FG.1 version and while it is missing a few details, it builds into a neat model.

Once again Scale Aircraft Conversions has released a new set of landing gear specifically for the Airfix kit. The Airfix kit gives multiple options for the landing gear as the British naval Phantom had an extended nose gear to help it get airborne off of the smaller decked British carriers. Airfix’s design breaks the nose gear into two parts. Normally SAC does direct replacements for the landing gear based on the kit parts but in this set they cast the nose gear so it is one main piece. The extended gear will need the scissor added which might be a bit tricky. This should make for a stronger option.

As usual there are no instructions included but their website does have a nice section on how to use white metal and mentions there is no lead included in the metal. 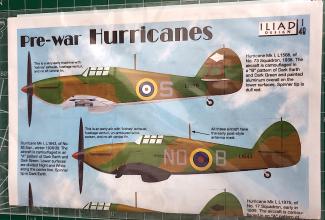 This decal set is a release from Iliad Design. It originally only came with decals for 4 Hurricanes, not the 5 that this release comes with.

The instruction sheet also doubles as the cover image, folded in half with the decals in the center to keep from possible damage in the standard Ziploc bag. The instructions come in full color for each aircraft in the standard Hurricane colors, dark earth and dark green with ether aluminum underbelly or white and black. Also, some interesting information on each aircraft is included to make a more period correct plane.

This set provides enough decals to use on all 5 pre-war aircraft: 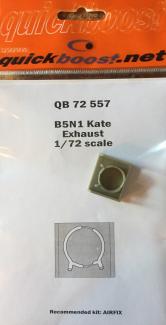 Upfront, I want to thank Aires and Quickboost for providing these fine aftermarket bits for our beloved models, and to the IPMS USA a big thank you for allowing me to review this Quickboost product.

Admittedly I have a few passions in modeling and the past few years I’ve focused on Japanese subjects and recently I added the Airfix B5N1 Kate to my stash. Seeing the Quickboost exhaust resin for review, I snagged the exhaust parts up before even looking at the kit plastic parts. In all honesty, the original parts look pretty good but I believe you will see how much improved the Quickboost resin is compared to the kit plastic. To my eye the nicely faired exhaust exit, not to mention the hollow exhaust is certainly worth the minimal cost for this accessory. 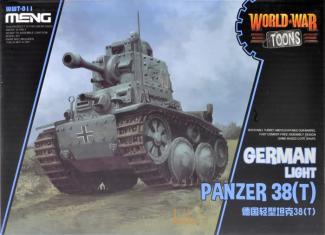 The Panzer 38 was a Czechoslovakian tank designed and built prior to World War 2. After Germany occupied the country, the tank was used successfully against the allies. World War Toonsis a “humorous first-person shooter and tankcombat game set in a whimsical, cartoon-inspiredworld”.

Meng has been expanding into the “egg” scale models over the last few years, and they are EGGzactly what the doctor ordered as a break from the complex builds most of us put ourselves through. Need I mention they are perfect for kids to put together?

The two plastic sprues, instruction book, and decals are contained within a clear plastic bag, inside a sturdy end-opening box. 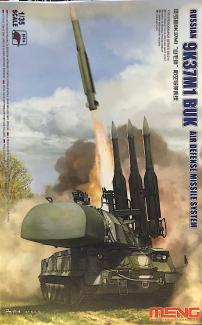 The Buk missile system, Russian: "beech tree”, is a family of self-propelled, medium-range surface-to-air missile systems developed by the Soviet Union and its successor, the Russian Federation. The Buk system is designed to counter cruise missiles, smart bombs, fixed- and rotary-wing aircraft, and unmanned aerial vehicles.

The Buk-M1-2 transporter erector launcher and radar (TELAR) vehicle uses the GM-569 chassis designed and produced by JSC MMZ (Mytishchi). TELAR superstructure is a turret containing the fire control radar at the front and a launcher with four ready-to-fire missiles on top. Each TELAR is operated by a crew of four and is equipped with chemical, biological, radiological, and nuclear protection.