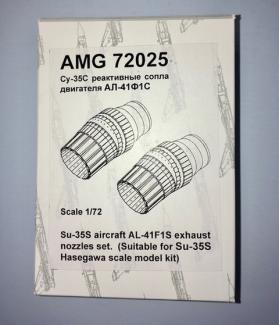 This is the third set of Amigo exhaust nozzles I’ve reviewed, and this set exhibits the high quality I saw previously. It is designed for Hasegawa’s 1/72 scale Su-35S Flanker and is a “drop-in” for the kit’s exhaust pieces. However, Amigo chose to represent only the articulated position of the exhausts while the kit has the option of both articulated and in-line positions. 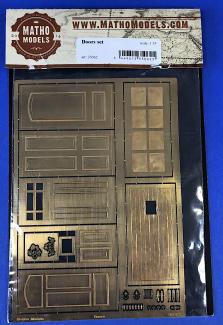 The Matho Models Doors Set includes one photoetch fret about 4 x 6“, with seven doors. The fret also includes some miscellaneous hardware including latches, escutcheon plates, door knockers, key holes, and two flower designs for one of the doors. The doors are all different wood door styles and several sizes as follows:

The door hardware is very small and difficult to work with. I couldn’t get the flower designs off the sprue without crumpling them. The door knockers are also very thin, and I mangled one so bad it was unusable. Matho Models provides door hinges as separate sets for mounting the doors. 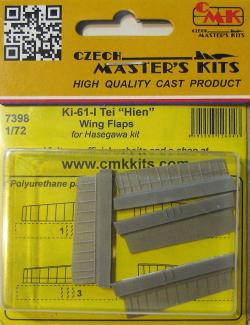 The Hasegawa 1/72 Ki-61 dates back to the early 1970s and is still a nice kit, but basic. CMK has come out with some detail sets to spice up these old kits.

4 crisply molded resin parts along with a 9 X 3.5 folded sheet of instructions. These parts are very fragile so please be careful when handling them.

The first thing you need to do is remove the flaps from kit part B10 and thin the undersides of the corresponding areas of parts B11 & 12. This 2nd part is where I totally messed this up due to my not paying attention. I removed the areas totally and this made it almost impossible to build. I managed to get these on and make them look halfway decent, but it could have and should have been better. With the exception of my mistake, these went on pretty easy and look very nice. 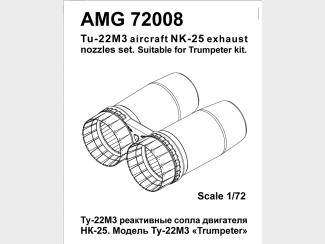 IPMS/USA gladly welcomes the return of the Advanced Modeling/Amigo team for sending us this new-technology set; their lineup continues to grow! And thanks to Phil and John for obtaining the sets for the team…

Advanced Modeling/AMIGO (Hereafter referred to as AM for simplicity) is a Russian company specializing in modern Soviet and Russian aircraft accessories; their first items released a few years ago were weapons, and they have recently branched out into other items, in this case, an upgrade to Trumpeter’s 1/72 Tu-26M3 NK-25 Bomber kit exhaust, augmentor tubes, and afterburner nozzles. 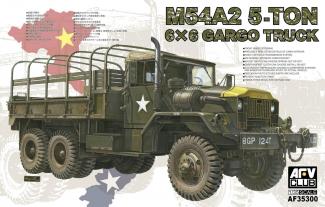 The M54 5-ton 6×6 truck (G744) was the basic cargo model of the M39 Series truck. It was designed to transport a 10,000 lb., 14-foot long cargo load off-road in all weather. In on-road service, the load weight was doubled. The M54 was the primary heavy cargo truck of the U.S. Army and U.S. Marine forces during the Vietnam War and was also used by the U.S. Navy, U.S. Air Force, and ARVN forces.

The M54 truck was used as the base vehicle for Gun Trucks during the Vietnam War. Field-applied armor added protection to the Gun Trucks, and armament consisted of various combinations of weapons including M60s, .50-calibre machine guns, XM 134 miniguns, and anti-aircraft weapons such as the quad mount .50 cal. machine guns. Early 2 ½ ton trucks proved inadequate leading to their replacement by M54 five-ton cargo trucks.