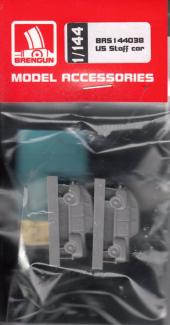 In December of 1941 the US Government put all manufacturing on a wartime footing. Many of the factories which had been producing civilian cars went over to producing Jeeps, pickups, cargo trucks, ammo carriers, tanks, guns, and other wartime necessities. There were still a few assembly lines which continued to produce a few cars, and most of these were sold to the Army or Navy for use as “staff cars”. Because it wouldn’t do for someone as important as an Admiral or General to ride around in a canvas topped jeep. It might seem that it was tough on civilians to not be able to get a new car, but with gas rationing they couldn’t drive much of anywhere anyway.

You get two resin staff cars in the kit. There is a photoetch fret, an instruction sheet, and a small decal sheet with license plates and white stars for two cars. 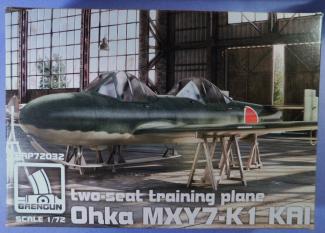 If you are looking for a rather unique kit to add to your late-WWII collection of 1/72 scale Axis aircraft, Brengun has come through with a trainer variant of the Ohka rocket plane. The relatively small parts count makes this a quick build, but some experience with small photoetched parts will be beneficial. Modelers with some experience with small parts and working with plastic to improve the fit of parts will enjoy this build.

Built by Dai-Ichi Kaigun Koku Gijitsusho, 45 of the K1 version of the Ohka (Cherry Blossom) were built to train the future Kamikaze pilots of the rocket-powered plane. A forward tank was loaded with water to simulate the warhead weight on the combat aircraft, which was then dumped before landing. Requiring a speed of 130 mph to land the trainer, it was a difficult plane to land for the inexperienced pilots. 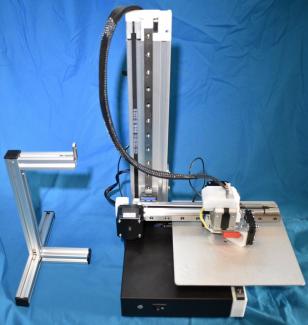 If you have ever been interested in 3D printing, then this printer will get you started. 3D printers take a plastic filament material and melt it into an extruding nozzle, then ejected on to a moving build plate forms an object, so as the material cools it hardens. 3D printers can use several materials to melt plastic and create objects of different plastic type materials.

I have no experience with 3D printing but have always been intrigued about the idea.

I have experienced times when a special tool or part would be good to have, but there is nothing available. Now if I think about the part I can design it and at the same time learn a new skill of 3D printing. I will be honest and say the kicker for designing a part was the last time I knocked over my Tamiya cement bottle and said to myself, I wish there was something I could put the bottle in to keep from tipping it over. Guess what my first design and project was with the 3D printer. 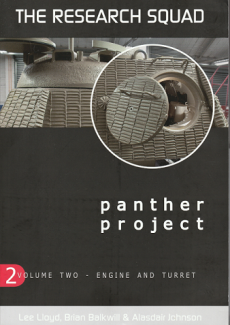 The second volume of Panther Project follows the Restoration process of the Engine and Turret process along with its connected systems, information on Zimmerit. Some very nice Hull walk around along with interior photos, there are 440 photographs that make up this book along with some nice technical drawings of components.

Before they dive in on the restoration there are several pages on the History of the Panther tank along with the usual introduction. The rest of the book is broken up by each year on restoration 2007 2009 2013 2017 and 2018 and at the back are some references and technical drawings for the restoration process. Each chapter is broken up by what job is being done and gives the page numbers for easy reference. I'll be posting a picture of the index page as there is a lot of work going into each section. 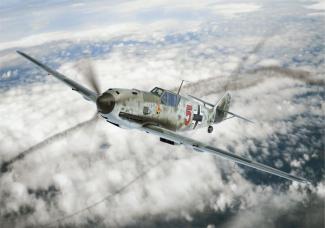 Messerschmitt developed the Bf-109T, based on the Bf-109E series, for operations from the aircraft carrier Graf Zeppelin”, when it was being developed and built in the late thirties. Although the ship was launched in 1938, the carrier, which was to have had a capacity of 40 aircraft, was never completed. A second carrier, the Peter Strasser, was started but never launched. It was scrapped in 1940. The Graf Zeppelin was retained, and work resumed briefly in 1942, but eventually, it was stopped in 1943. Specialized folding wing JU-87B’s and Bf-109T’s were developed for these ships.