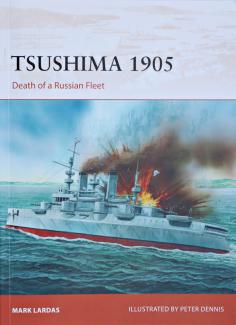 Tsushima 1905 - Death of a Russian Fleet

Thanks to Osprey Publishing for the review copy and IPMSUSA staff for delivering the book and publishing the review.

Mark Lardas is a real “rocket scientist” who has worked on Space Shuttle analytics and navigation. He is also an accomplished author with at least twelve books on naval topics, and a model maker as well. See his website for more details (www.marklardas.com). He has the gift of dissecting complex subjects (military campaigns) and finding the key fulcrums of change that led to the historical outcomes. He takes a fresh approach to re-analyze with additional information, with an objective, less-jaundiced eye for what really happened. The result is refreshing, especially for something like Tsushima 1905, something naval buffs think they know a lot about. 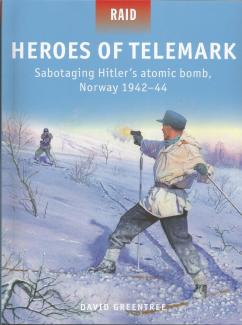 David Greentree graduated in History at York before taking an MA in War Studies from King's College London and qualifying as a lecturer in Further Education. In 1995 he accepted a commission in the Royal Air Force and has served in a variety of locations, including Afghanistan and Oman. He has written several books for Osprey, focusing on British military history and World War II. He lives in Southsea, UK.

Mark Stacey was born in Manchester in 1964 and has been a freelance illustrator since 1987. He has a lifelong interest in all periods of history, particularly military history, and has specialized in this area throughout his career. He now lives and works in Cornwall, UK. 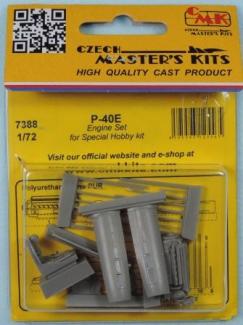 CMK has produced a very nicely detailed resin Allison V-1710-39 engine for the 1/72 Special Hobby P-40E kits. The supplied items include the engine block, parts to assemble the mounting frame, firewall, engine cover panels and radiator assembly. Although made for the Special Hobby P-40E kit, with some prudent sanding to fit, the engine set should be adaptable to any of the 1/72 P-40E kits currently on the market. I dry-fitted to my Academy example (see photos).

Be sure to wash the parts in soapy water to remove mold release agents and prime prior to using your favorite modeling paints.

Thanks to the IPMS Reviewer Corps and CMK for the opportunity to review this item. 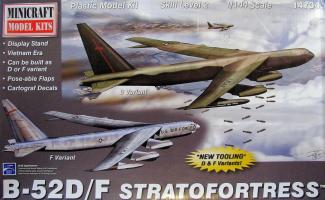 The B-52 has been in service since 1955. Which means that in about 2 years they should start sending them Social Security checks. Because there are still 58 B-52s in service, the type may still participate in combat again. It’s expected the BUFF will still be in service in 2050.

The aircraft in this kit are the types used in the 1960s and 70s in Vietnam, for Operation Rolling Thunder, Operation Arc Light and Operation Linebacker II. 31 B-52s were lost in the war, 17 shot down, one written off due to combat damage, 11 lost to accidents, one burned at the airport and one ran off the end of the runway and ran into a minefield. 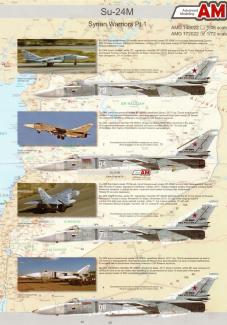 The Sukhoi Su-24 “Fencer” has been in service for the Russian air forces for over 40 years. It is a rugged, variable wing sweep bomber that is easy to fly and well-liked by the two-man crew. Several kits have been produced of this aircraft and recently, the Advanced Modeling company has released some decal sets that depict the Fencer in modern markings.