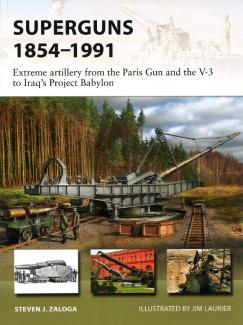 Superguns 1854-1991: Extreme Artillery From the Paris Gun and the V-3 to Iraq's Project Babylon

Steven J. Zaloga was born in Pittsfield, Massachusetts to John and Muriel Zaloga on February 1, 1952. Steven earned his undergraduate degree cum laude in history at Union College and his Masters’ degree in history from Columbia University. He obtained a Certificate in International Affairs from the graduate program of the University of Cracow. He has worked in the aerospace industry for some twenty years as an analyst specializing in missiles, precision-guided munitions, and unarmed aerial vehicles. Steven has served with a federal think tank, Defense Analyses. He was the writer-director for The Discovery Channel's "Firepower" series from 1987 to 1992. He has authored many books on military technology, especially in armored warfare. Steven is a noted scale armor modeler and is a member of AMPS (Armor Modeling and Preservation Society). 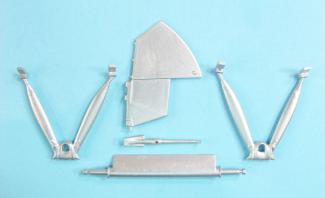 This is the Scale Aircraft Conversions (SAC) white metal landing gear replacement option for the Wingnut Wings 1/32 LVG C.VI kit. If you have built in 1/32 scale you have probably wondered at some point if kit provided plastic landing gear will adequately support the model’s weight. These SAC items are primarily intended to address strength concerns but there are two other major advantages to using their white metal landing gear: First, it is possible to very slightly bend the strut pieces and attached wheels into perfect alignment once installed – to fine tune your alignment after gluing. With plastic, “once glued you’re screwed” so to speak. A second advantage of SAC landing gear is that oleos in white metal (although not applicable for this set) can be fine sanded to a very shiny and realistic finish – so no fiddling with bare metal foil or painting is necessary for SAC oleos. 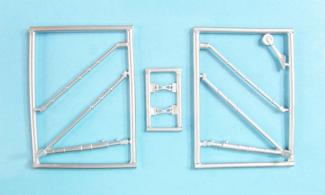 This is the Scale Aircraft Conversions (SAC) white metal landing gear replacement option for the 1/32 I-16 type 24/28 (ICM/Rev/Has) kits. If you have built in 1/32 scale you may have wondered at some point if the kit provided plastic landing gear will adequately support the model’s weight. These SAC items are primarily intended to address strength concerns, but there are two other advantages to using white metal landing gear: You can very slightly bend the main strut into perfect alignment once installed, and oleos (if applicable) can be fine sanded to a very shiny and realistic finish – no need for applying bare metal foil or painting oleos if you’re working with white metal.

These I-16 landing gear pieces match very closely the kit molds. Clean up is minimal. 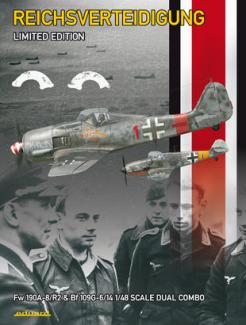 Eduard’s new dual combo Reichsverteidigung (Defense of the Reich) profipack combo set is the newest way for Eduard to show off their new tool Fw-190A and Bf-109G kits. This dual combo is a perfect way to experience the new tooling and as a bonus you get an Eduard print of an fw190 racing away from a pursuing p-51. 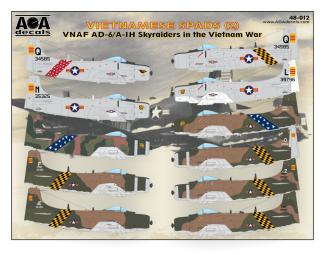 The Vietnamese use of the Skyraider during the conflict is much the same as the US. It used the Spad, or Sandy, in close air support and Combat Search and Rescue.

The Tamiya kit has been out for quite some time now and we’ve never really had a wide variety of options to mark it with. Well AOA has fixed that. This is the second sheet designed for the Tamiya Skyraider. These decals will fit any model of the Skyraider with just a little bit of trimming on the fuselage stripes. They are purposely slightly longer to work that way and you may need to trim them to fit.