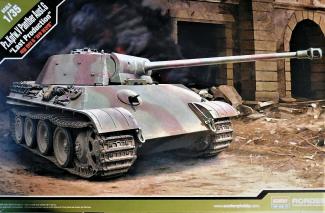 The German Panzer V Panther, next to the Tiger, is probably one of the most popular and recognizable tanks of World War II. Academy has released the G version of this iconic tank in an all new tooled kit. This version is from very late in the war, about January to April 1945 timeframe. Inside the large box is five bags of sprues, two instruction sheets and a small bag of decals and photo etched sheet. The F sprue is attached to the C sprue. There are four sprues of link and length tracks and four of the D sprues which is mainly road wheels. I like that the sprue letters are molded as cut outs, not the raised letters as usually. This makes it much easier to find and read these letters. Eight clear poly caps are included, but only two used. The decals sheet is three turret number options and four German crosses. The photo etched is engine screens and bolt heads. The instruction sheets are quad folding, with 16 assembly steps and eight painting/decal options. 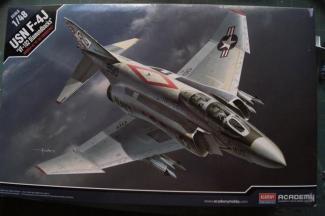 This subject needs no introduction or prolonged history so I’ll skip it. The kit has been around for a few years in various versions, this time as the short nosed F-4J of the U.S. Navy’s VF 102 aka the “Diamondbacks”. Having read a lot of great things about this kit I had high expectations and they were all realized when I opened the box. There’s a whole lot of plastic in there and it’s done to the highest standards. Most important is the one piece upper fuselage that eliminates the tricky gap you’d have otherwise. In fact a closer examination shows that most of the major joint lines fall in places that exist on the real thing making the builders job one of aligning the parts and gluing them. You get a full complement of missiles, iron bombs and drop tanks. The only negative out of the box are some faint mold seams on the canopy parts. Add to that a massive decal sheet with every (and I mean every!) stencil carried on this Navy bird, and you have a complete package. 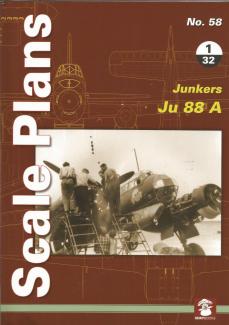 This publication, with illustrations by Maciej Noszczak, is an MMPBooks publication and is distributed in North America by Casemate Publications. MMP books are characterized as being of very high quality and this product is no different. This publication consists of scaled line drawings of the Ju-88A. There is no text other than captions for the drawings. 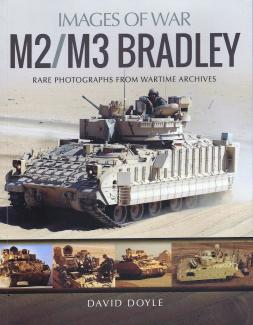 Here is another great addition to Pen & Sword’s Images of War series. In the past, the series had focused on specific battles and campaigns. The shift to specific vehicles is a welcome shift and this book does not let down one’s expectations.

The book starts out by pointing out the evolution from the M113, the original evolution from the M113, the original armored personnel carrier to the Bradley, named after the famous and well-loved general from WWII, Omar Bradley. The manufacturer of the M113, FMC, developed two vehicles- the XM765 and the XM763 which would eventually morph into the M2/M3 Bradley infantry fighting vehicle. The new vehicle began its service in 1981 and variants continue to serve to this day. A total of 2,300 M2s and M3s were eventually produced. Text is in English and there are over 300 color photos in the book, many of which are previously unpublished, as well as tables with, as well as tables with general data and engine data. 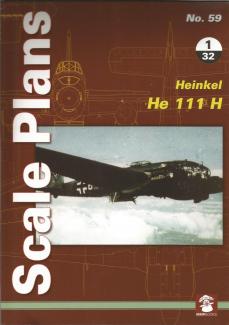 This publication is an MMP Books publication distributed in North America by Casemate Publications. MMP Books are characterized as being of very high quality and this product is no different. This publication consists of scaled line drawings of the He-111H. There is no text other than captions for the drawings.