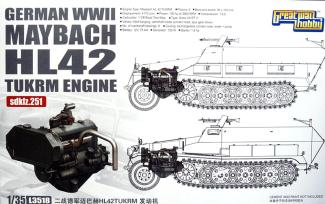 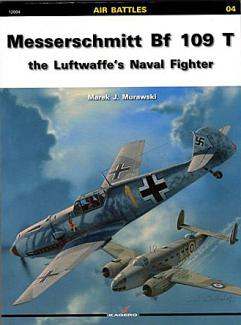 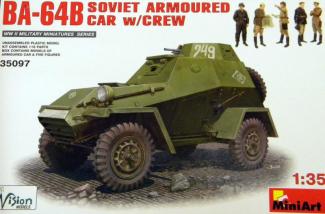 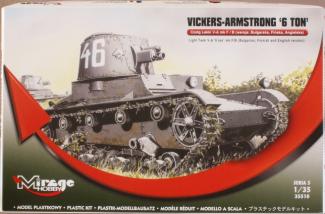 When first produced, the Vickers-Armstrong “6 ton” light tank could not find acceptance with the British Army because the 2 small turrets on the tank were fitted with machine guns only. The tank was later modified into the “B” version that had a 47mm gun and the turret was moved to the right side due to traffic in England being left-sided.

Upon opening the kit box, there are 12 sprue trees in a bag, some vinyl treads and a small decal sheet. The smaller parts trees are lettered with numbered parts. The largest tree is not lettered but the parts are numbered. There is no parts layout diagram. Marking options are for a Mk. F and B version in Bulgarian Army colors, 1938, in what looks like Panzer gray or a Mk. F version for a British Army training unit, 1939, in a dark earth color. There appears to be no decals for the British version but turret decals are provided for the Bulgarian version. 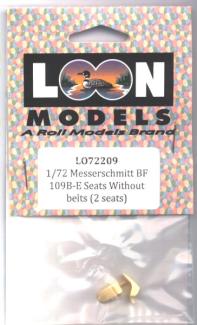 Loon models (Roll Models brand) has added an aircraft seat to their 1/72 aircraft accessory line. This one is for the Messerschmitt Bf-109 B-E. Loon models doesn’t specify a kit for this seat, but it will have to be a kit that has a cockpit in it and it can’t be one that has a huge seat in it, like some of the older kits have. While I was looking through my stash for a kit that would be good for this review I compared the Loon seat with and an old Revell kit, an old Hasegawa kit, and an Academy kit. I picked the Academy kit of the Bf-109E because the seat was comparable to the size of the replacement. The older Hasegawa kit was out because the seat was molded to the floor, it would work but I didn’t want to cut out the seat. The older Revell kit had an extra large seat that was reminiscent of an old BarcaLounger and had a piece of the back hull molded to it