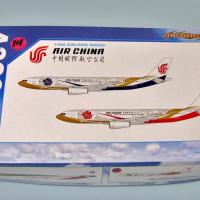 A huge “thanks!” to Alain at Dragon for providing IPMS/USA this kit. I was under the impression this would be a review of one of their famous 1/400 prebuild die-cast models… WRONG! This was a full-fledged build! This is the first of their new series of model aircraft which are to be built, not pre-made with Tampo markings…

Nobody does this scale like Dragon… Impressive off the bat; on to the model… 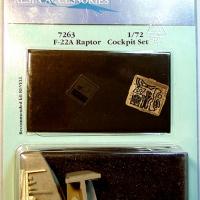 The Revell 1/72 F-22A Raptor model kit has been out several years and I can remember a review of it that mentioned the cockpit would be ripe for the after market resin folks to upgrade. Well, Aires has done just that with this latest release of theirs, comprising 13 resin parts, 14 P.E. parts and one small sheet of film for the HUD. The resin parts are finely cast and I only had three parts that had broken when I opened the package. Once these were glued back in place (with some CA) the real fun began. 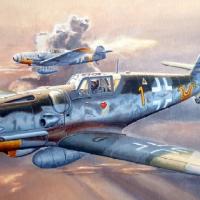 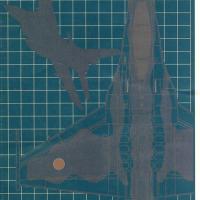 Among modern aircraft modelers, if they want colorful and interesting paint schemes the aircraft of the Japanese Air Self Defense Force (JASDF) have always delivered. One of the most attractive, and sleek looking aircraft is the Mitsubishi F-2. Having origins within the FSX program in the late 1980’s, it was birthed out of a cooperative effort with Lockheed Martin after selecting the F-16 as a basis for study into a new support fighter. It wasn’t until the mid 2000 that flight test were concluded and delivery started in September of the same year. With a 25% larger wing, longer fuselage, advanced avionics, and 11 hard points it is a F-16 on steroids and provides the JASDF with a 21stcentury fighter and trainer. 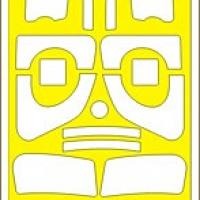 Packaged in the standard sized resealable envelope you find one yellow precut mask set along with a folded one sided placement sheet and a backing card. The set covers the canopy and searchlight. Simple and easy best describes using these Eduard mask sets; however this set could be a little confusing if you do not carefully follow the placement guide. I always do a light pencil rubbing to reveal the cuts. Remember patients will be your reward. Eduard has a knack for doing these things very well and I was a little disappointed to discover the wheels were not included. The budget minded modeler may have a little ‘sticker’ shock shelling out 11 bucks MSRP so I would suggest shopping around.

My thanks go to IPMS/USA and Eduard Model Accessories. I highly recommend this set.

P. S. Look for my following review on the Kinetic S-2F.