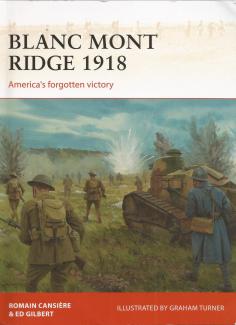 Mr. Turner has illustrated a number of publications for Osprey and specializes in the medieval period. His work with scenes of battle highlight the uniforms and weaponry of the battle and of the historical age, are exquisite in detail, and add drama to the publication. Figure painters and modelers will find the artwork of great value.

Ed Gilbert has authored books for Osprey’s Warrior Series, Battle Orders Series and Campaign Series. Romain Cansiere concentrates on the history of the US Marine Corps. He has co-authored an award-winning book entitled, “Tanks in Hell-A Marine Corps Tank Company on Tarawa. 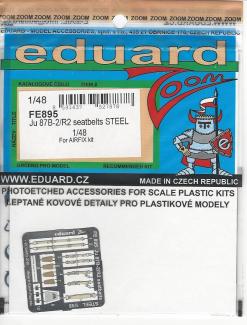 The Airfix Stuka is an impressive kit but there is room for improvement. One area that would benefit from aftermarket is the seats. In short, they lack the seatbelts and shoulder harnesses needed to bring this kit out of the ordinary.

Packaged in the typical Eduard resealable packaging with a cardboard stiffener inside is a single pre-painted fret. The cardboard helps prevent bending during storage. The single fret is beautifully represented with ‘shading’ and silver buckles. Since they are thin steel, they are beautifully detailed and bend easily without losing their paint. There are shoulder harnesses for the front seat and lap belts and straps for the other two seats.

The seatbelts are easy enough to add and when seen through the canopy glazing will make a dramatic change to your cockpit. This set is another great example of Eduard’s craft at its finest. 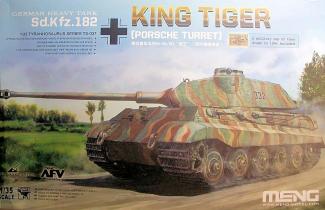 This is a new version of the King Tiger following up on the release of the Henschel version last year. My first impression was wow what a very well detailed kit. I did review this kit with the addition of the Interior set SPS-062 and Zimmerit Set SPS-060 so the picture will include parts not included in this kit. You can see my reviews of these on this site also. The set is very impressive with the amount of parts and detail included. The parts that would be cast metal on the real tank are well detailed and defined. 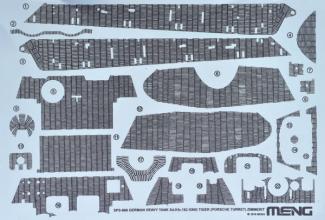 The set contains one sheet of textured decals and one instruction sheet.

Zimmerit was widely used on the early King Tigers. These decals will make adding the Zimmerit a lot easier.

The decals are printed onto one sheet with the patterns in relief. Individual decals are supplied for all the various areas of front, Sides and rear armor. The turret has the most decals to ensure all the areas are covered properly.

The textured pattern is very nicely raised on the decals and looks very good once applied.

It is highly recommended to primer coat under the contoured areas especially. 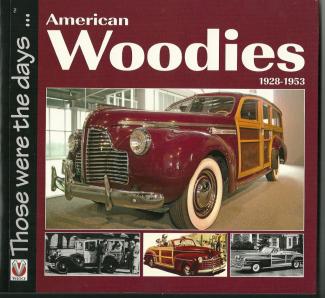 Veloce Publishing continues expanding its line “Those were the days…” this time with a book devoted to the American Woodies. While the book title says “1928-1953”, it does provide some history prior to those years, going all the way back to 1886.

The book is not meant to be a detailed recount of every “Woodie” out there, nor a source of detailed information for a restorer. It is more of a gallery of pictures, some details and stories leading to how the Woodies became an icon of the ’40 and’50s. You will find Fords, Hudson, Chryslers, Studebaker, Crosley and more.