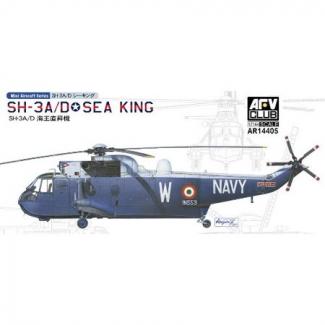 AFV Club is a Taiwan-based venture, founded by a hobby shop owner in the late 1980’s. With a growing catalogue of kits in various scales and genres (armor, aircraft, ships, figures and accessories), AFV have made a name for themselves as a niche supplier of subjects. This little gem is no exception.

The Sea King, entering service in 1961, was Sikorsky’s first truly amphibious helo and one of the first to use twin turboshaft engines. Originally intended as an ASW bird, the type has had a long and illustrious history doing SAR, transport, medevac and AEW duty. The USMC has operated Sea Kings under HMX-1 as presidential transports that serve as “Marine One” when the President is onboard. As recently as 2009, some 600 Sea Kings remained in service with multiple military and private operators. 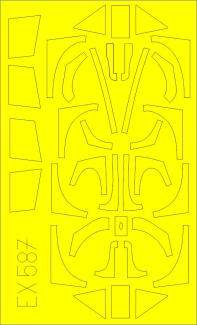 This particular set is designed for the FW-190A series of Eduard models, including the A-8/R2 Rammjaeger. The masks are made of the infamous Kabuki tape so they are flexible and very easy to use. There are instructions to show you which masks to use where, including which is the inside masks and which are the outside ones. 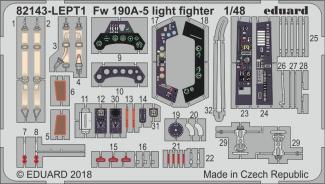 So you bought the Weekend or the Overtree FW-190A-5 but you don’t really want to paint the instrument panel and you’d like to have some seatbelts. What do you do? Well Eduard has the answer. They provide you with the pre-painted photo etch brass fret that comes in the Profipack kit.

Personally I think that the ZOOM sets are what really makes it a Weekend or Overtree kit. This fret is typically released when the Overtree kit is released. I think that they are a bargain. You get one pre-painted photo etch with all the parts you need for the cockpit and a few other places. The key is you get the seatbelts and the instrument panel. Those two things alone are worth the price of admission. Also included are the side panels and some various other photo etch pieces for the outside of the model, but this set is primarily concerned with sprucing up the cockpit.

So you want to model the Eduard FW-190A-5 but you don’t want to spend a lot of money to do it or maybe you don’t like to work with photo etch. Maybe you have a huge selection of decals and you just need a canvas to use them on. Whatever the reason, maybe Eduard’s Overtrees are the answer for you. 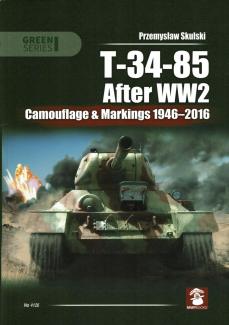 The T-34 series of tanks together with the M4 Sherman series are THE most important tanks of the Second World War from the Allied point of view. The Panther tank, perhaps the most influential tank of WW2 from the German perspective was a direct result of German forces running smack bang into the T-34/76 on the Eastern Front, and the demand for German industry to provide a counter to it. In turn the T-34 needed to be upgraded once the Germans introduced more thickly armored tanks such as the Panther and the Tiger, and thus was born the T-34/85, an upgrading of the T-34 series from its original 76mm main gun, to a more lethal 85mm gun.