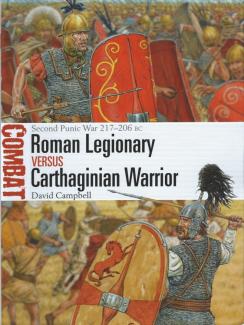 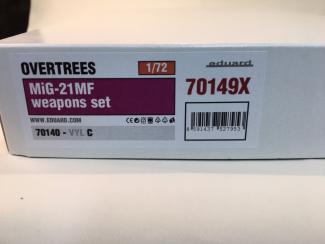 In conjunction with the release of its new 1/72 MiG-21 series, Eduard has released an Overtree set of the weapons sprue that is included with its new MiG-21MF kits. In looking at the weapons included on the sprue, I expect that this sprue has been designed to be a common sprue through-out all its planned MiG-21 kits. 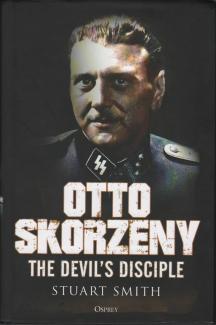 Osprey Publications, the prolific publisher of books related to nearly every aspect of military history imaginable, has in recent years been branching out into more traditional history works. This work is a critical biography of Otto Skorzeny, the man who rescued Mussolini from captivity. The author, Stuart Smith, is a trained historian with a career in business. Using original records and a variety of sources, Stuart has put together a fascinating portrait of a man whose entire career was largely built on one exploit – rescuing Mussolini from captivity in 1943. As his actions in the post-war would indicate, he was also an unrepentant Nazi. 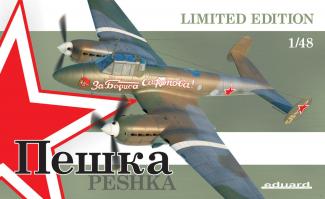 As a little background, the Petlyakov Pe-2 was a Soviet light bomber used during World War II. Pe-2s were manufactured in greater numbers (11,427 built) during the war than any other twin-engined combat aircraft except for the German Junkers Ju-88 and British Vickers Wellington. 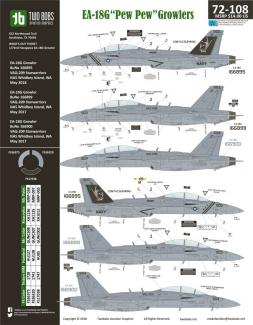 Two Bobs Aviation Graphics is one of leaders in aviation decals with an impressive variety in 1/32, 1/48 and 1/72 scale. This latest release has very interesting markings used by VAQ-209 with a “Star Wars” theme on the aircraft. A black/white Darth Vader helmet, the word “VADER” on the spine and VADER 1 on a black fuel tank are on the CAG aircraft. The line jets have a gray/white Darth Vader helmet on the tail.

The sheets are printed perfectly without any print register errors. The small markings are very fine and easy to read. All the markings are included from unit markings down to the stencils and walkways. Stencils and other markings are included for the fuel tanks and jamming pods. There is one (front and back) color instructions sheet that clearly show placement of markings for the three subjects. The instructions indicate the correct FS paint colors for each aircraft and easy to distinguish where each color is applied.